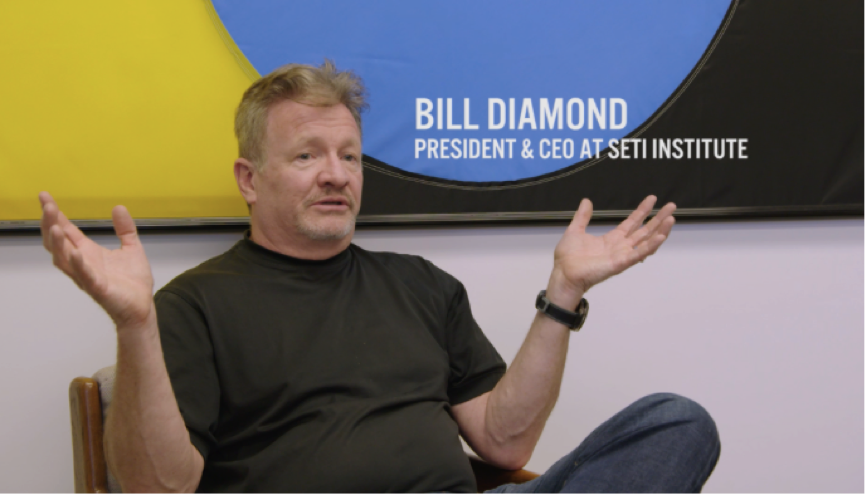 Bill Diamond is a technology executive and Silicon Valley veteran.  He is currently the President and CEO of The SETI Institute. He has over 20 years of experience in the photonics and optical communications industry, and a decade in X-ray and semiconductor processing technologies. His corporate background spans the spectrum from venture-backed start-ups to Fortune 100 multinationals, with responsibilities ranging from engineering and operations to sales, marketing, product management, and CEO positions.

Most recently, Diamond was Vice President of Sales for Oclaro, Inc. where he led the company’s penetration in optical networking of the rapidly-evolving Web 2.0 Data Center market.  Prior to that, he was Vice President of Product Management for optical amplifiers, ROADM, high bit-rate modules, and micro-optics at Oclaro, culminating in the successful divestiture of several of these businesses to II-VI.

Bill was CEO of WaveSplitter Technologies, raising over $75M in investment capital for the company’s development of optical waveguides in one of the world’s first 8-inch Silicon PLC wafer fabs.  He also held CEO positions at DenseLight Semiconductor in Singapore and Xradia, Inc, (now part of Zeiss) in Concord, California where he led a team that developed the world’s highest resolution X-ray microscopes, as well as manufacturing the only commercially available zone-plate lenses for focusing X-ray beams.

He spent 6 years with the Optoelectronics Business Unit of AT&T Microelectronics (subsequently Lucent Technologies), leading the company’s expansion into the fast-growing European market before returning to the US to head up marketing and product management globally.  After AT&T, Mr. Diamond was part of the executive team for the successful IPO of E-Tek Dynamics and subsequent $15 billion sale of the company to JDSU.  Prior to joining Oclaro in 2012, Bill spent 6 years as President of Comet Technologies; the US subsidiary of Comet A.G. in Switzerland, a manufacturer of RF Power supplies  for semiconductor processing tools and X-ray sources and systems for industrial and security applications.

Bill Diamond holds a B.A. in physics from Holy Cross College and a Masters in business administration from Georgetown University.

All Sessions By Bill Diamond