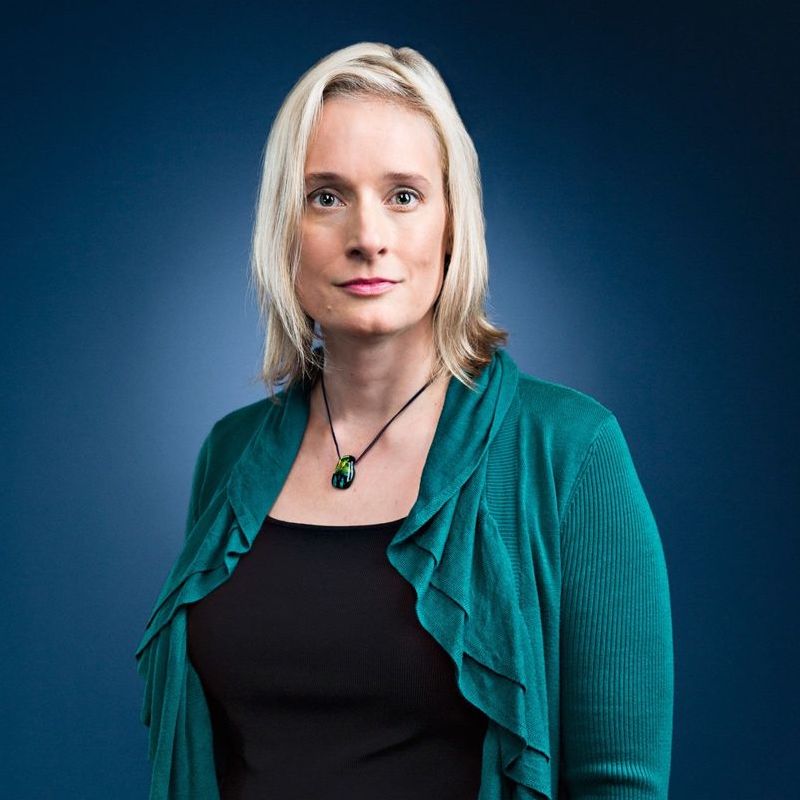 Named by CNN as one of The Top 7 Tech Heroes to Watch in 2015, Kathryn Myronuk is a leading expert on exponentially growing technologies and the synthesis of the broad set of related fields of the Singularity movement.

As a founding staff member at Singularity University (SU) at NASA Research Park in Silicon Valley, Kathryn participated in the early formation of SU’s groundbreaking approach to experiential learning  encouraging participants to shift from one field to another, sometimes on an hour-by-hour basis, creating connections to build solutions to solve global grand challenges. She designed curriculum and worked closely with interdisciplinary and international participants and teams in all eight of SU’s 10-week programs and within SU’s many shorter programs.

As staff, Kathryn served in multiple roles, including Director of Research, from 2009-2013. As a member of SU’s core faculty, she led SU’s Synthesis and Convergence curriculum track, also guiding finance and economics curriculum. Her areas of interest and teaching include the value of synthesis, effective interdisciplinary teams, and the complex set of factors affecting the future of jobs and technological unemployment. Her analysis and data played central roles in two New York Times bestselling books: Ray Kurzweil’s The Singularity is Near (2005) and Peter Diamandis & Steven Kotler’s Abundance (2012).

Kathryn has spoken about exponentials, convergence, and the insights of the smart newcomer at AAAS, DLD, WiredUK, the Stockholm Resilience Centre, the Karolinska Institute, California STEM Summit, and Idaho National Labs. She has consulted for Stockholm Resilience Centre, the Orange Institute, and the Institute for the Future among other prominent organizations. Previously she worked as a research analyst and energy economist. She holds degrees in Agricultural Economics and Zoology from UCDavis.