By admin
0 Comments
January 23, 2018- [Silicon Valley, USA] To accelerate the commercialization of space, Draper University,  Global Startup Ecosystem and LightSpeed Innovations partnered to host the first annual Space Tech Summit on January 23-24, 2018 at Hero City-55 E 3rd Ave, San Mateo, CA 94401.  The Space Tech Summit brings together hundreds of entrepreneurs, pioneers, and creatives under one roof to address humanity’s greatest challenges via space technology. The summit also serves to bring key stakeholders that will accelerate bringing both the exploration and the expansion of space to mainstream audiences. Spacechain is the lead sponsor at the summit. 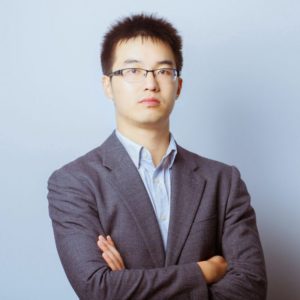 Zuo Zheng is the Co-founder and CEO of SpaceChain. He is an early adopter in Bitcoin and Blockchain, with a strong belief that the combination of space and blockchain technology will broaden the frontier of future economy and make seamless global collaboration possible. M.A. Columbia University. Alumni of Draper University.
Representative On Site: Jeff Garzik 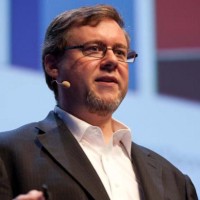 A futurist, entrepreneur and software engineer, Jeff Garzik is co-founder and CEO of Bloq, a blockchain enterprise software company. Jeff serves on the board of Coin Center, and the advisory boards of BitFury, BitPay, Chain.com, Netki and WayPaver Labs. He has delivered presentations on bitcoin and blockchain technology at TEDx, State of Digital Money, Scaling Bitcoin, as well as private briefings to corporations, governments, central banks, and hedge funds. Jeff was also recently appointed to the World Economic Forum Expert Network as an expert in Information Technology. Jeff has a long history of early technology adoption. After helping to inaugurate CNN.com on the Internet in the early 1990s, he worked for a succession of Internet startups and service providers. At the same time, he worked continuously on open source software engineering projects for over two decades. Involvement in one of the best known open source projects — the Linux kernel — led to an extended tenure at Linux market leader Red Hat during open source’s most formative years. Jeff’s work is found in every Android phone and data center running Linux today. In July 2010, Jeff stumbled across a post describing bitcoin. Immediately recognizing the potential of a concept previously thought impossible — decentralized digital money — he did what came naturally and developed bitcoin open source software. That gave rise to the start of microbusinesses with bitcoin at their foundation. Almost by accident, Jeff found himself at the heart of the global, revolutionary, technology phenomenon known as bitcoin.